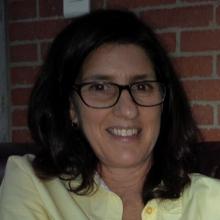 Executive Director for Transport in the City of Johannesburg

Lisa Seftel is the Executive Director for Transport in the City of Johannesburg, South Africa. There she is responsible for the planning, leadership and management of transport related issues including the Rea Vaya Bus Rapid Transit System, roll out of cycle lanes and promotion of cycling, public transport transformation and linking land use and transport planning such as through support of the City’s flagship project on Corridors of Freedom. She previously was a municipal manager of a district municipality south of Joburg and before that held government posts in the Gauteng Department of Pubic Transport, Roads and Works, Office of the Premier in Gauteng Provincial Government and the national Department of Labour.   She was a political and trade union activist. She has an Honour’s Degree in Industrial Sociology and a Diploma in Public and Development Management.

Leading role in:
Towards a friendlier mobility