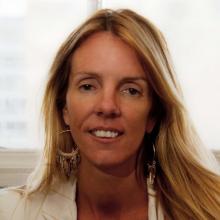 Marina Klemensiewicz, Secretary for Habitat & Inclusion for the City of Buenos Aires, is a Political Sciences graduate from the Universidad Católica Argentina with long-standing experience in issues relating to social inclusion. For eight years she has been director of Par Foundation. From 2007 to 2011, Marina served as President of the Commission for the Full Participation & Inclusion of Persons with Disabilities (COPIDIS), a Buenos Aires City body. In July 2011 she was elected candidate to the City Legislature for the Propuesta Republicana (PRO) party. However she decided to forgo the opportunity in order to assume the newly-created position of Secretary for Habitat & Inclusion in late 2011. She now runs the Secretariat for Habitat & Inclusion, a City Government body which develops and coordinates infrastructural, social and cultural projects designed to improve local habitats and break down the physical, social and psychological barriers to inclusion in the City.