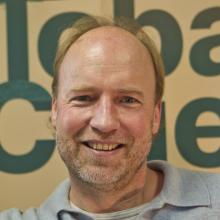 Paul James is Professor of Globalization and Cultural Diversity in the Institute for Culture and Society at the University of Western Sydney. He is on the Council of the Institute of Postcolonial Studies, a Fellow of the Royal Society of the Arts (London) and Honorary Professor at King’s College London. He is an editor of Arena Journal, as well as an editor/board-member of nine other international journals, including Globalizations and Global Governance. He is author or editor of 30 books including most importantly, Nation Formation (Sage, 1996); Globalism, Nationalism, Tribalism (Sage, 2006). His other recent books include Sustainable Development, Sustainable Communities (University of Hawaii Press, 2012) and 16 volumes mapping the field of globalization (Sage, 2006–2014). He has been an advisor to a number of agencies and governments including the Helsinki Process, the Canadian Prime Minister’s G20 Forum, and the Commission on Reception, Truth and Reconciliation in East Timor. His work for the Papua New Guinea Minister for Community Development became the basis for their Integrated Community Development Policy. From 2007 till 2014 he was Director of the United Nations agency, the Global Compact Cities Programme. This work on urban sustainability is linked to a number of cities around the world such as Porto Alegre on slum reclamation, Milwaukee on water resilience, and Berlin on climate change adaptation.