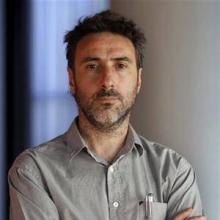 In 1985 he founded in Rosario the Civil Organization Environmentalist Workshop that works in defense and preservation of the environment, through the development of awareness campaigns, research and advocacy on public policy. In 1994 he joined Greenpeace Argentina, where he served for 16 years as Political Director and Director of Campaigns. In 2011 he split and joined The Greens, one Eco-policy organization that promotes the inclusion of issues such as climate change, human rights, changes in the energy model. In December 2013 he assumed their position in the Government of the City of Buenos Aires to improve practices and incorporate them into the public policies. He is also representative on the Board of the Authority of the Matanza-Riachuelo.